Here are again a few still impressions from our ride through the desert, Neiva and our ride on one the most dangerous roads of the world.

With a length of 69.7 km, the road between Mocoa and San Francisco in the department of Putumayo in Colombia, is one of the most dangerous roads in the world. The road is known as Trampolín del Diablo (Devils trampoline) or Adiós mi vida (Bye bye my life). The road was built in 1930 and zigzags the Andean mountain range.
This road, which is not suitable for public transport or heavy, was built in 1930 to transport soldiers during the war between Colombia and Peru, and so far has been directly responsible for ending hundreds of lives. Different sources record more than 500 people dead in 2011 and in 1989 about 300 people died in a terrible collapse.
Source: http://www.dangerousroads.org/south-america/colombia/3030-trampolin-de-la-muerte-mocoa-san-francisco.html 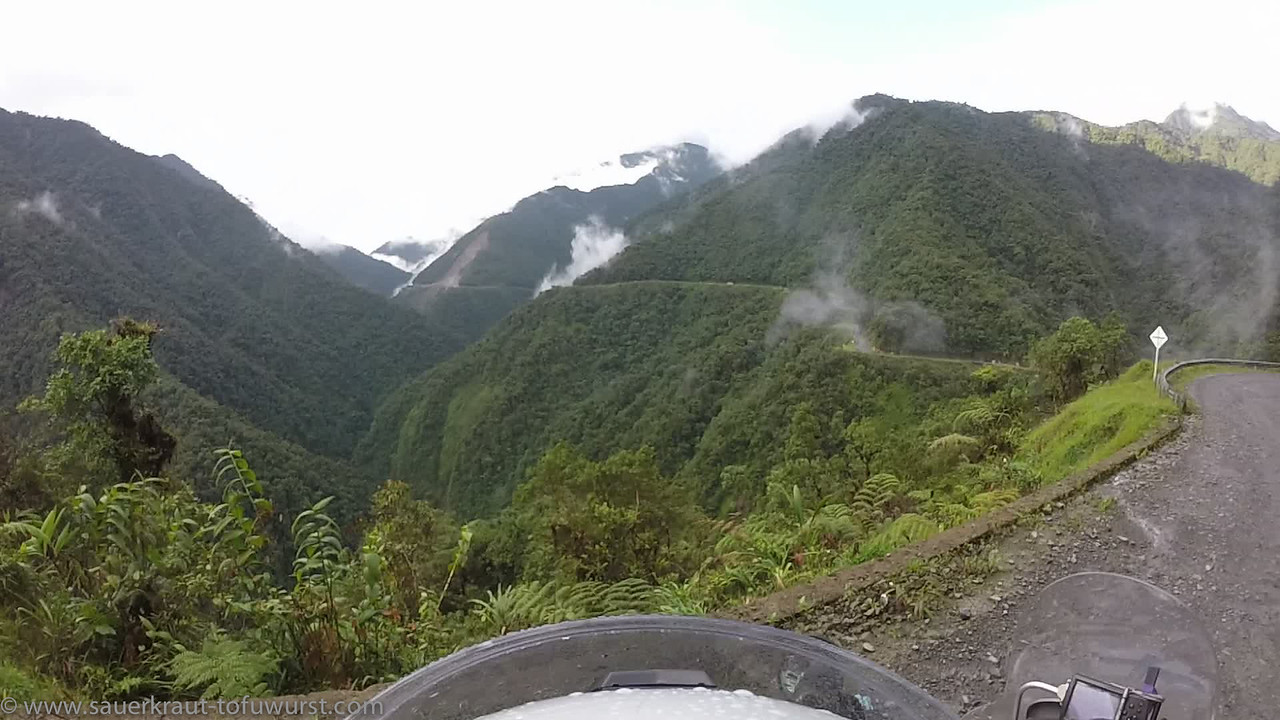