When I planned our route through Colorado I read about a thing called White Rim Trail. Stunning nature, adventurous riding and not too many people there. That sounded like something I wanted to explore. When I told Uli about it he was all in and offered himself as a guide. Great! He knew the area inside out and had been riding the White Rim Trail already many times.

We left Grand Junction with some slight delay, stopped at Fruita to get me a WTF sticker and continued nice roads via Cisco and along the river to Moab. We did not stop in the beautiful river valley for any pictures since the mission was to ride WRT!

Refueling in Moab and off we go via Potash trail to see how it goes. We had some bumpy roads in West-Africa, but other than that I rode the sidecar mostly on graded gravel with some mud road sections here and there. This was new territory for me! 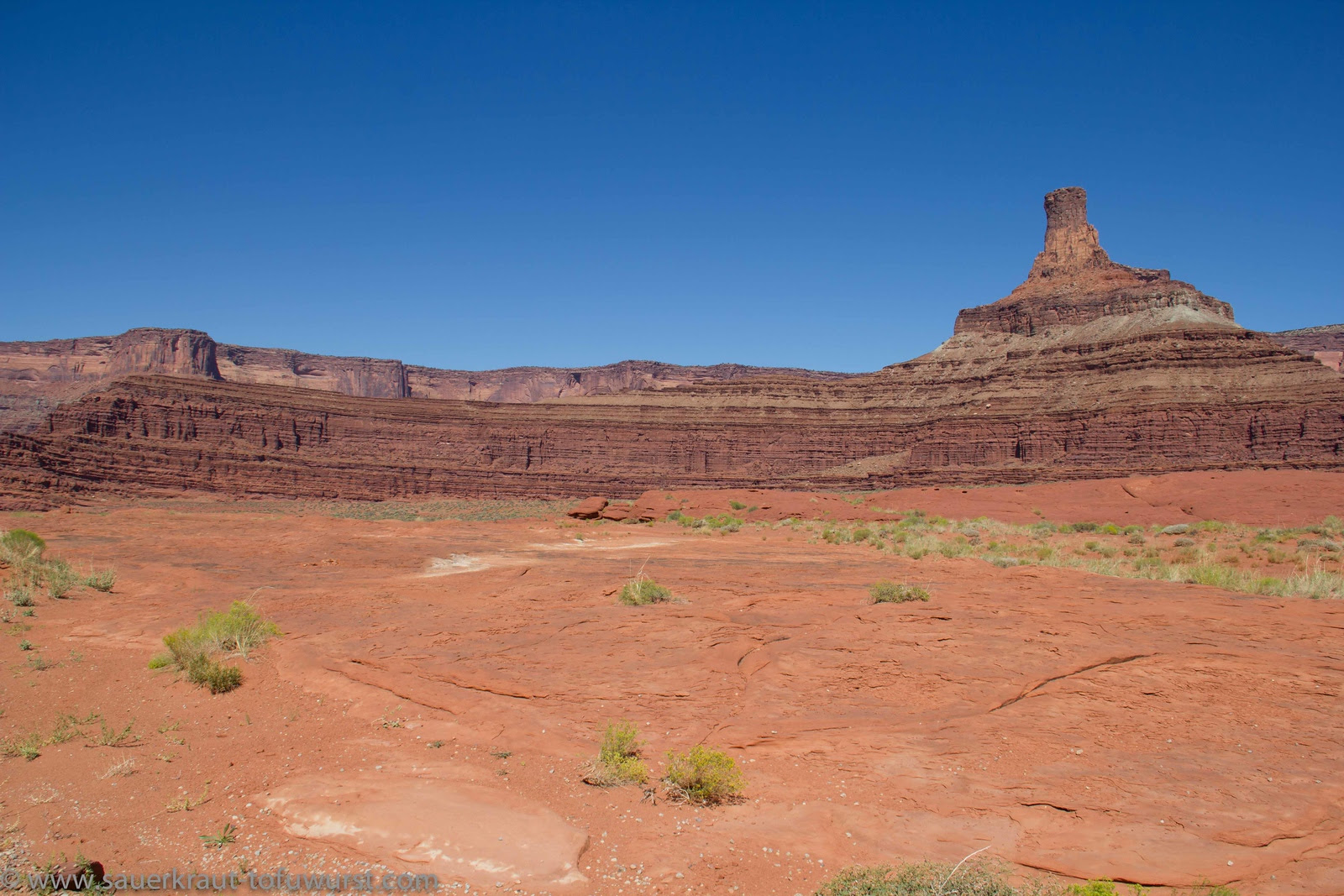 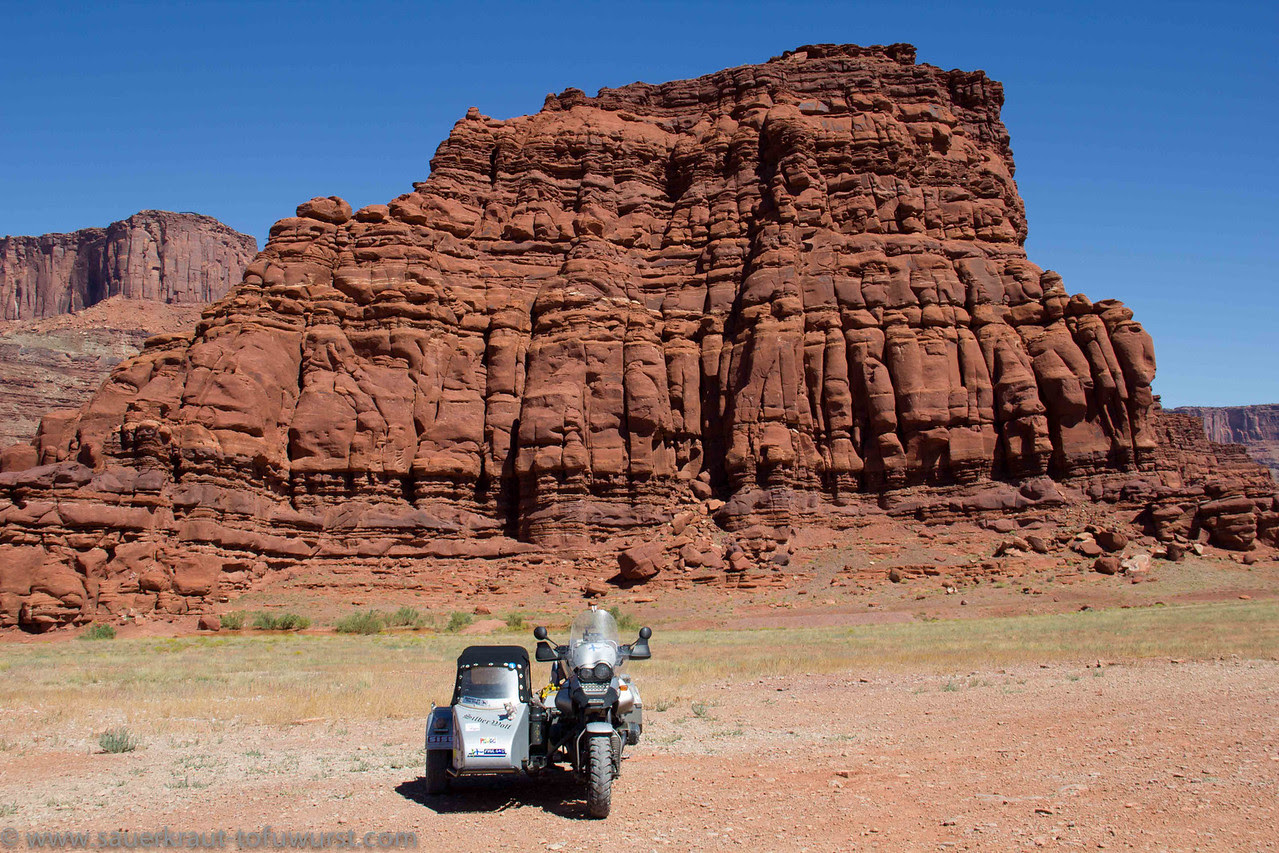 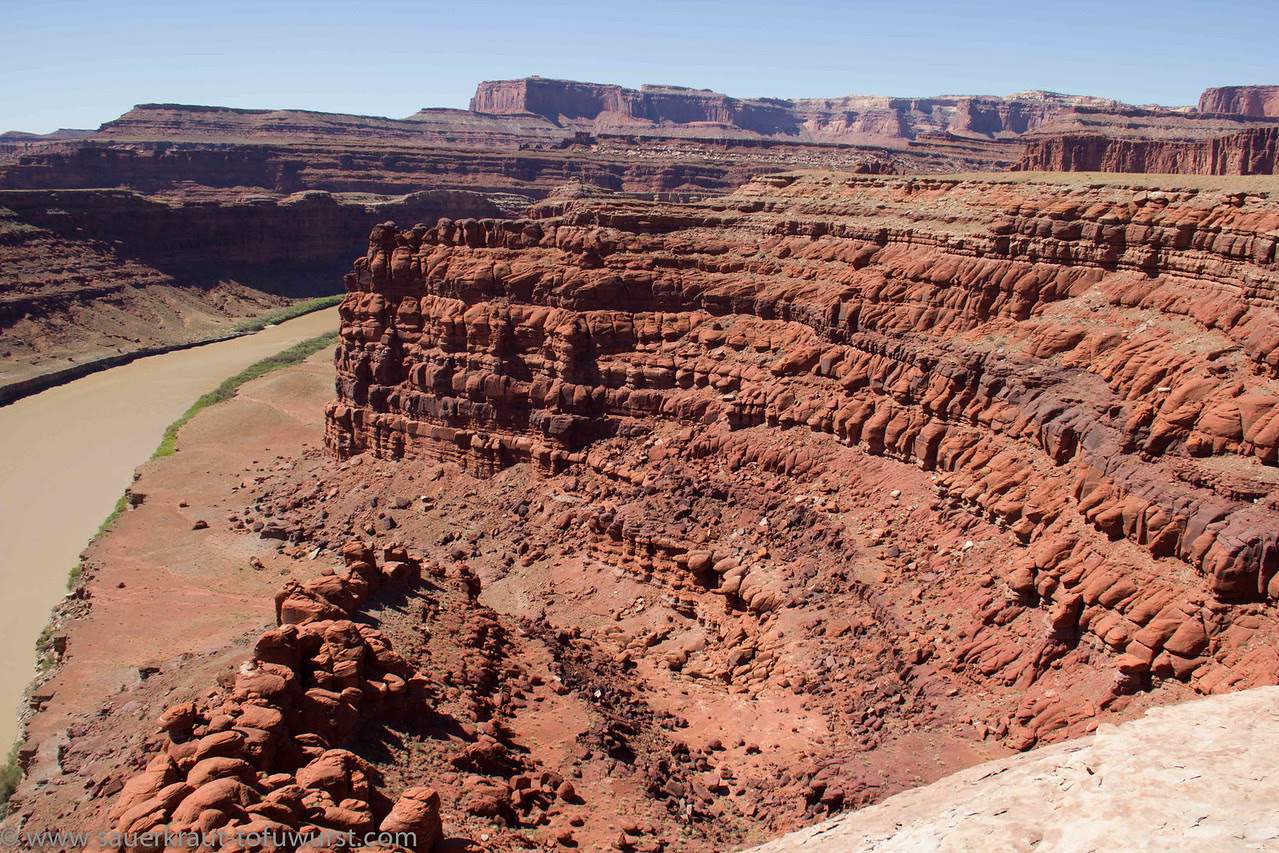 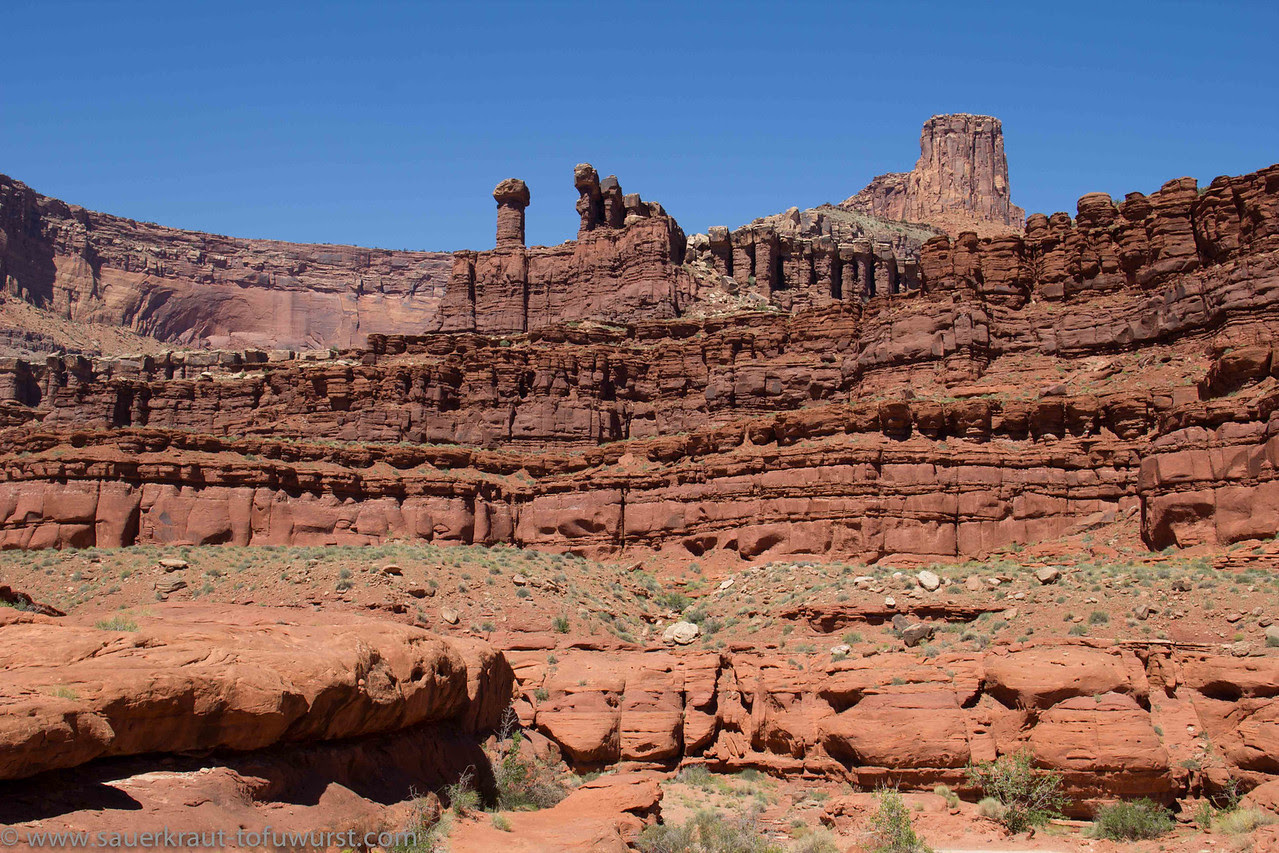 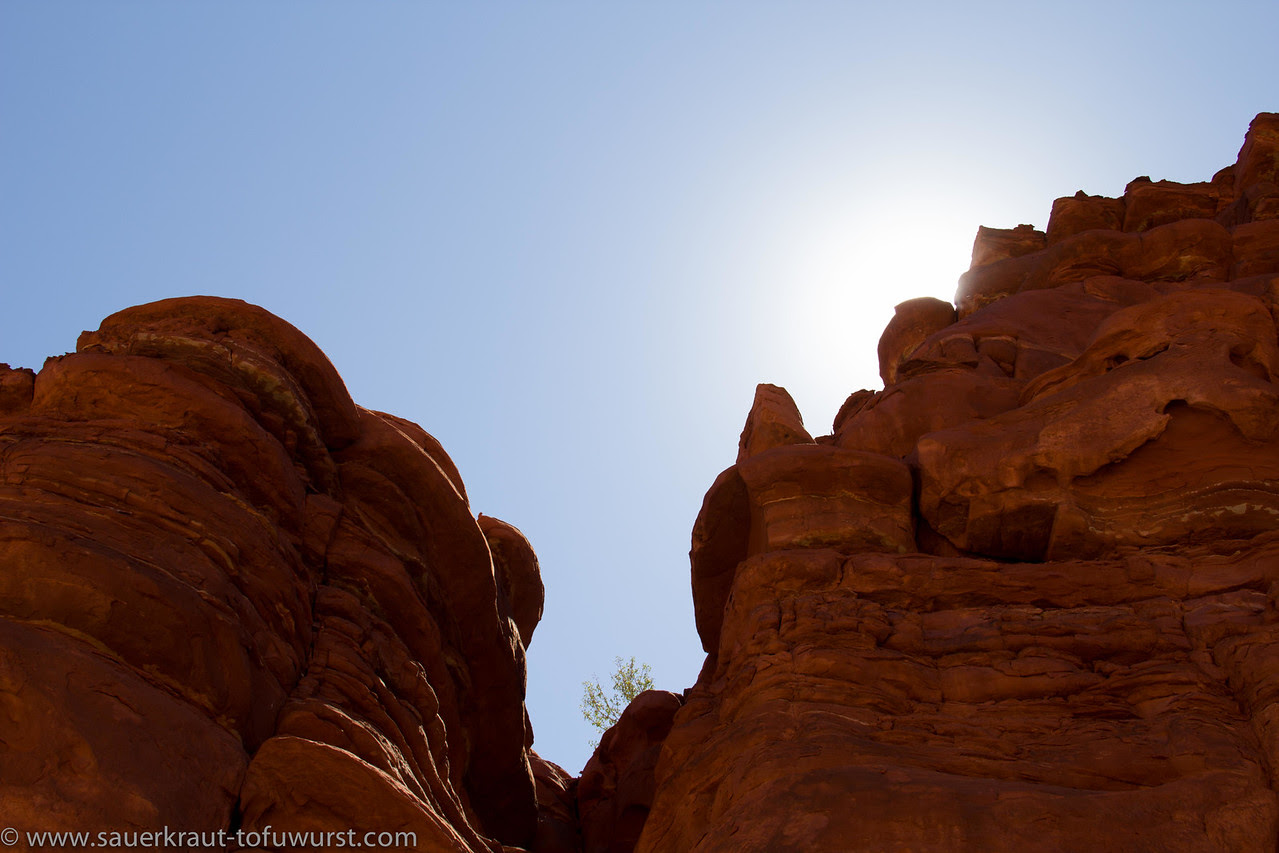 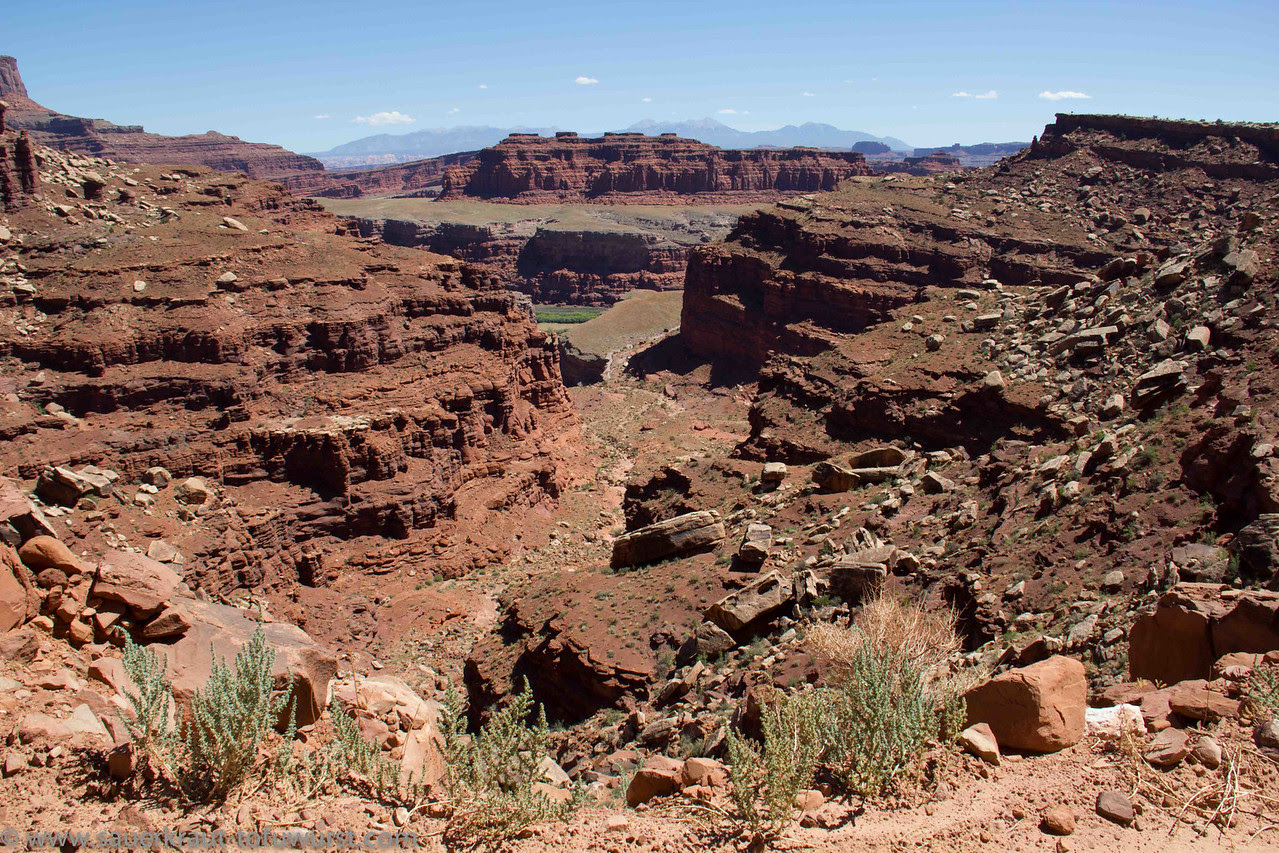 We arrived at the T-section of White Rim trail and Potash trail and Uli's comment was that I am so darn slow with the sidecar :D The first five miles of the road to Musselman Arch were very easy. However right after Musselman Arch the more adventurous part of the trail started and I went on for a few hundred meters just to see how fast I could go. 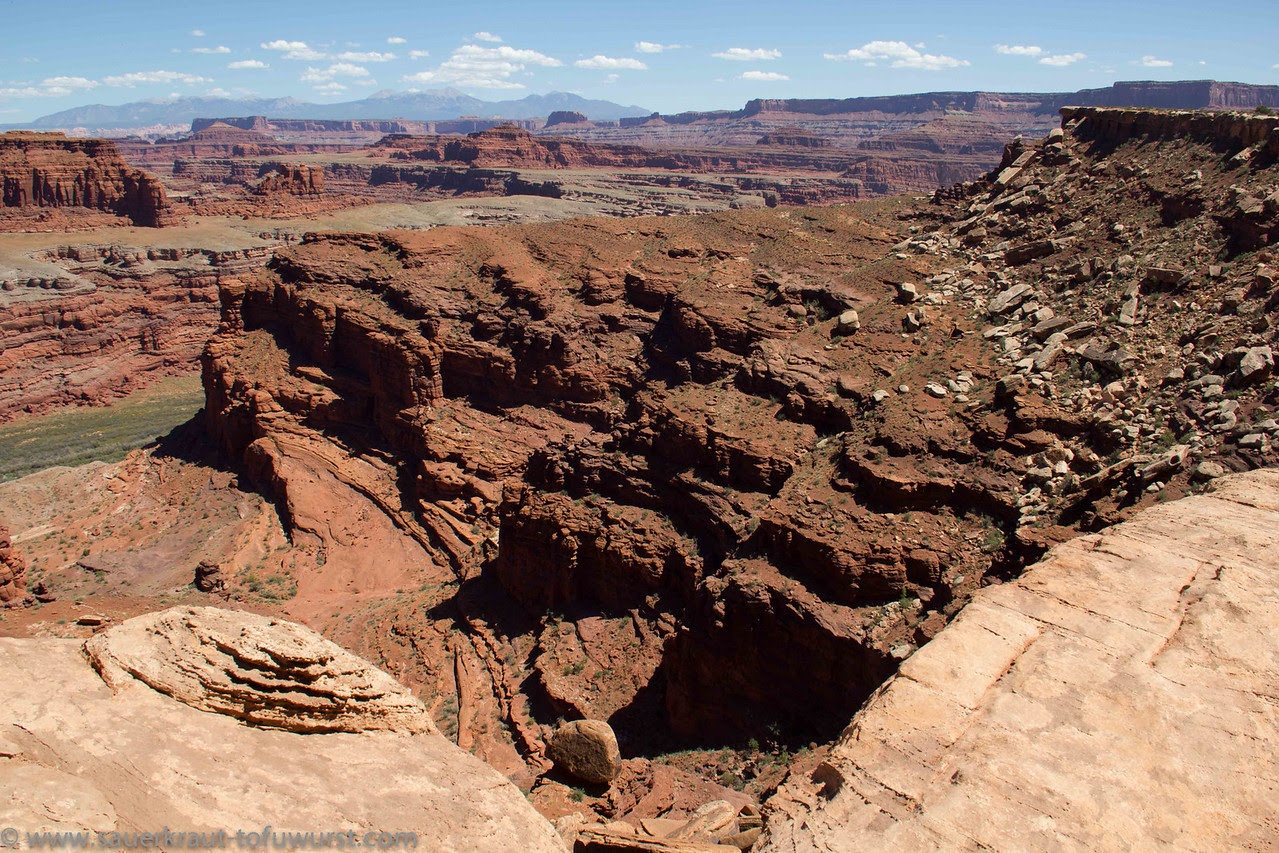 We enjoyed the scenic views and had lunch. It was now 13 o'clock, riding with the sidecar on the trail would be possible. With that short test ride we estimated that it would take me many hours before I would be able to complete the entire trail (I stress the “I” here, because Uli was riding so much faster compared to me). Then we would have to head back to Uli's house and the poor guy had to go to work the next morning. I agreed with Uli's suggestion to let it go, ride back to Moab via Shafer Canyon road and being able to enjoy more of those stunning views without being stressed of finishing the trail. The Shafer Canyon Road was fun and obviously again the road was well maintained. 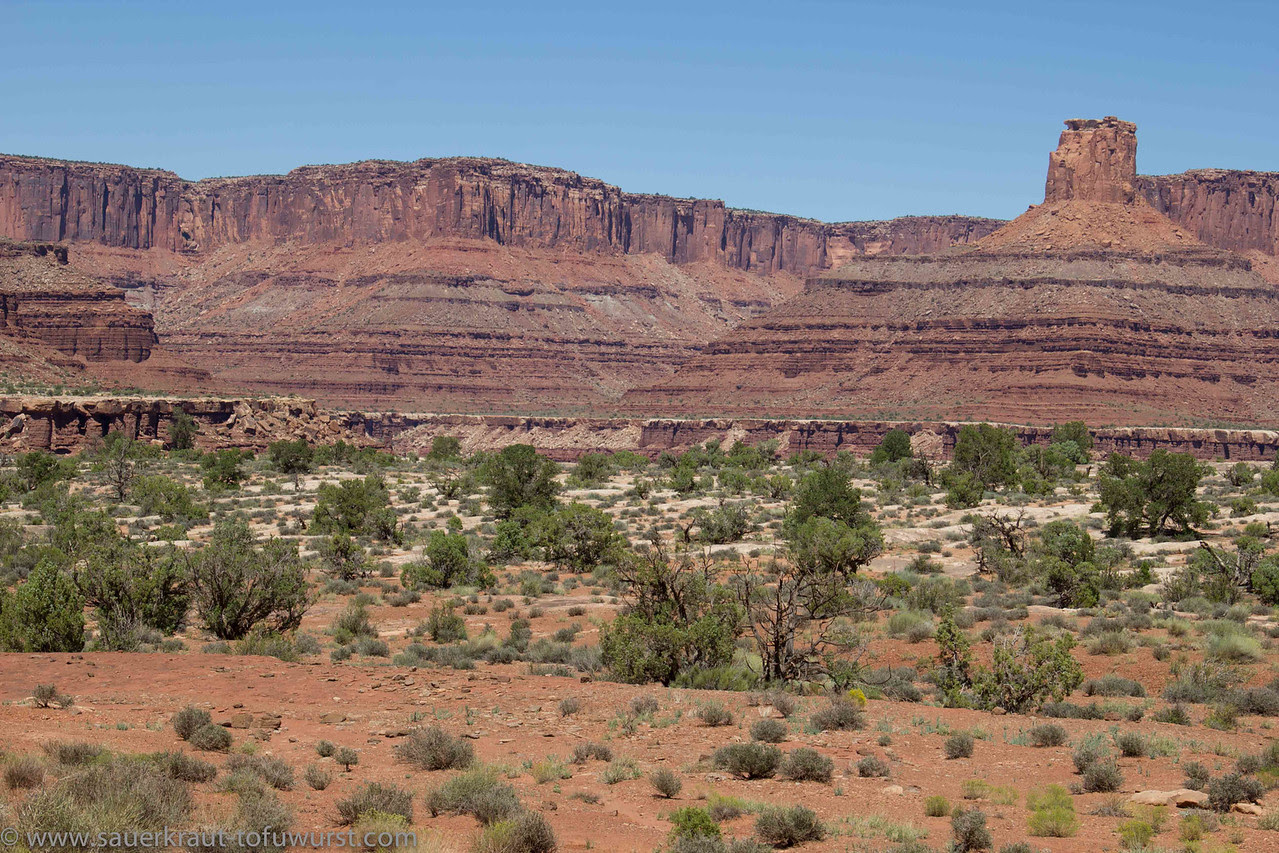 From there we went to Moab to refill fuel and visit the micro brewery where Uli had a beer and I had some ice cream. We took it easy on the way back to Grand Junction and stopped here and there for a few pictures. Since we had time we explored some side canyon with a creek and had a little fun there as well. We swapped bikes for a few miles and Uli got the taste of riding a sidecar. Let's see when he will have one to go riding with Ludi :D 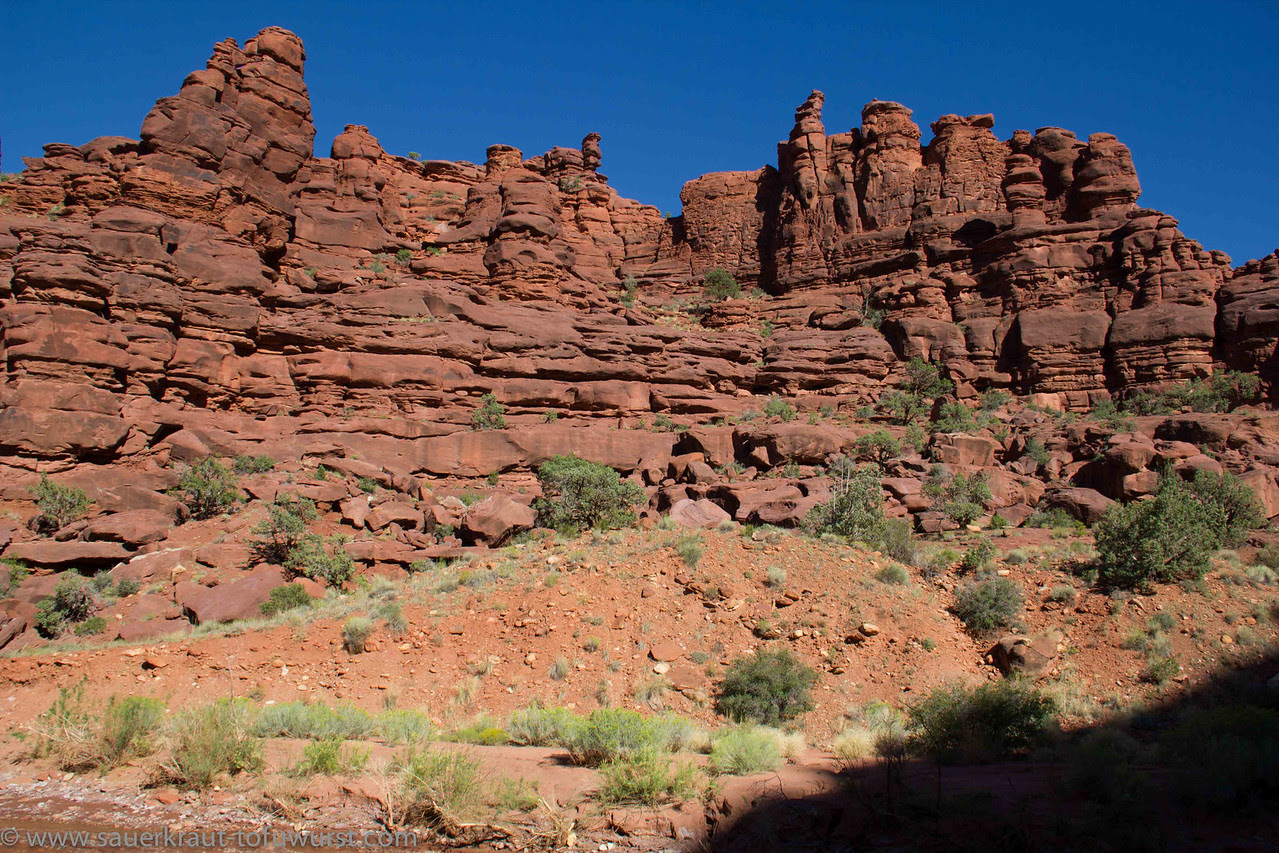 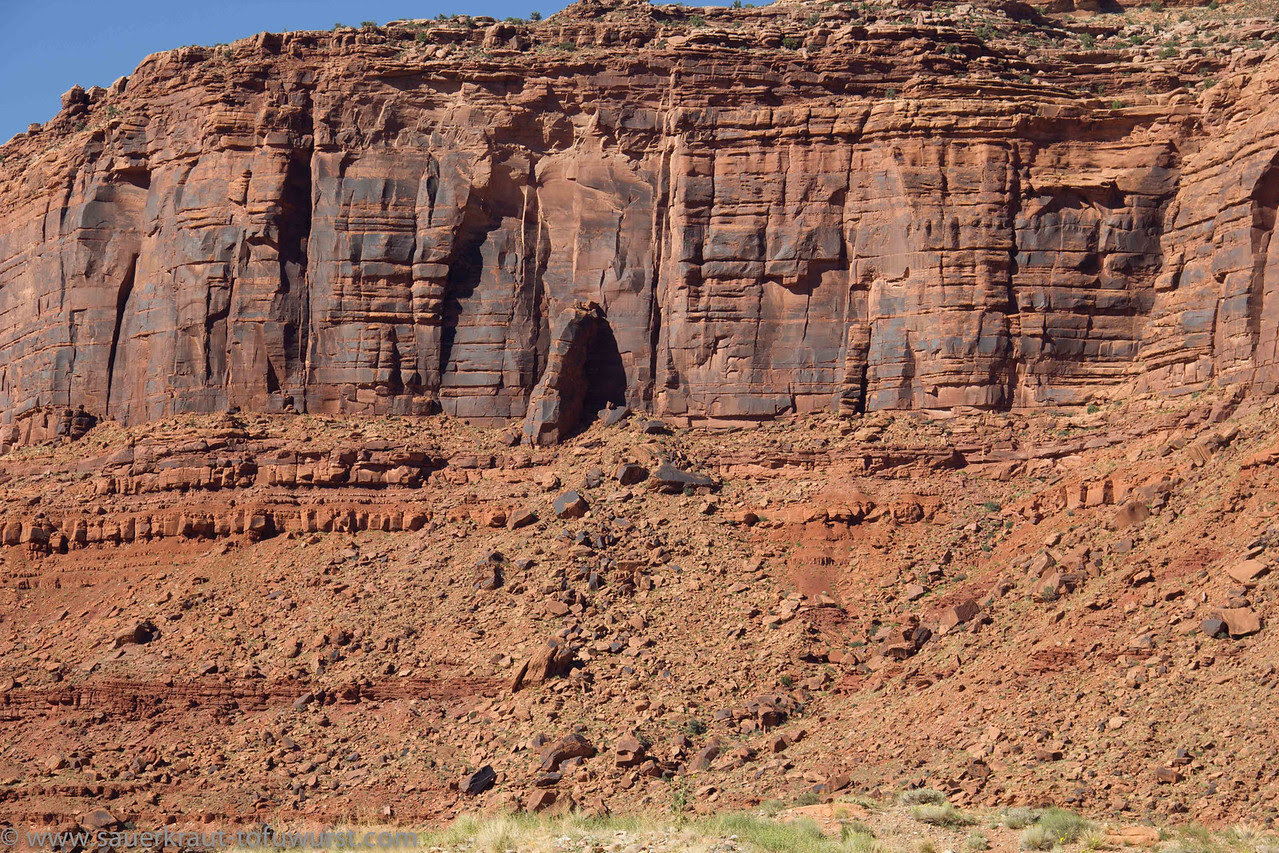 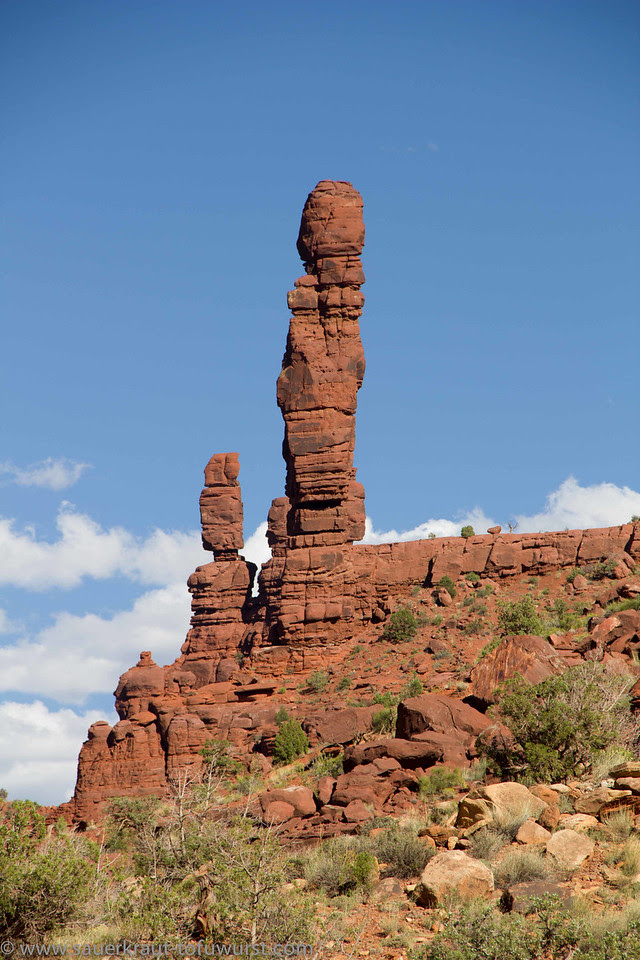 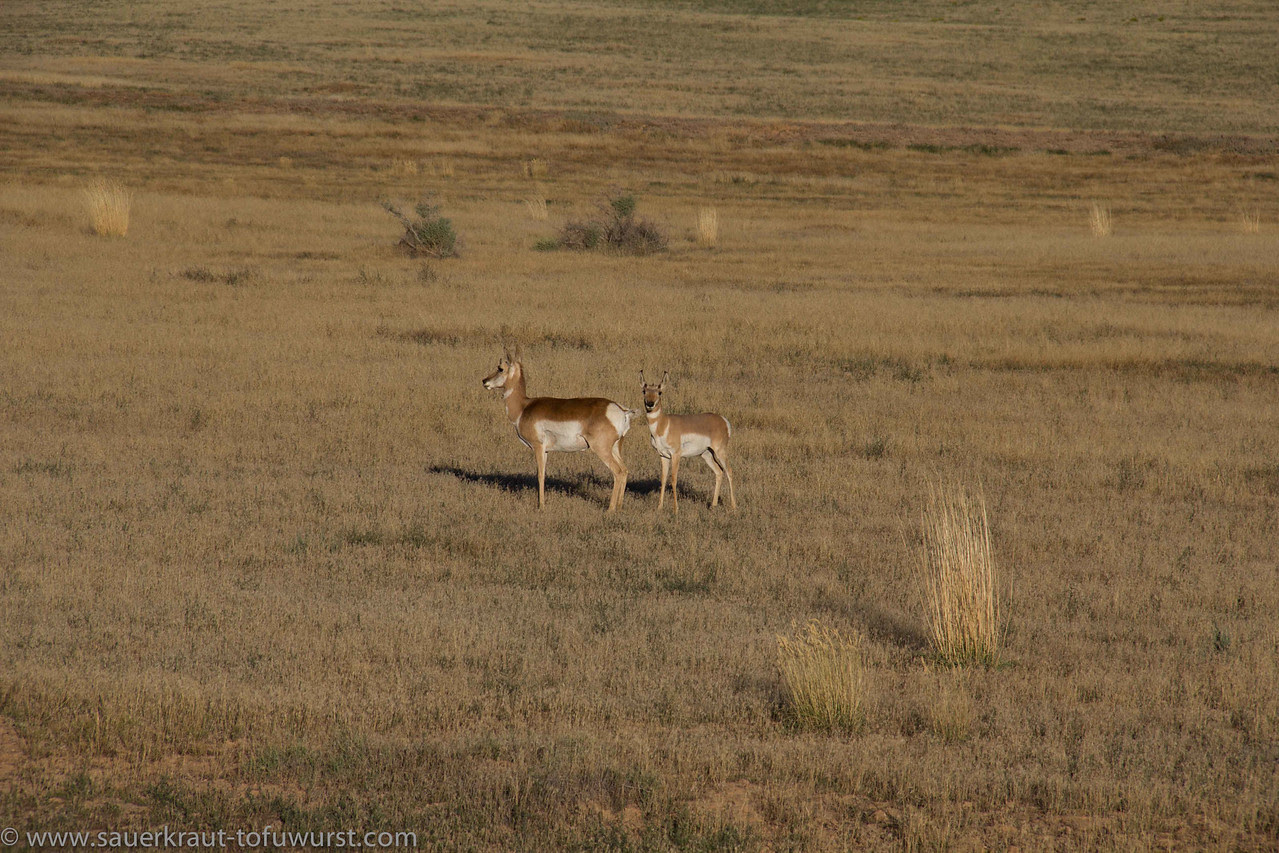 We arrived at his house a bit after sunset. Skippy had made some food and we watched the pictures of the day with a few beers :) A great day!

If I would attempt WRT again, I would need to start before sunrise and right away from Moab. It certainly would not be fun to ride the trail when its dark. I would also unload all what is not really required and make the bike as light as possible (had far too much nonsense with).

Uli, thanks a lot for all the cool pictures!


And here's another fun video "Made by Wolfi" - enjoy!

I also made a full length video of White Rim Trail and Shafer and Potash road. Enjoy!